Raw and Comfor-TEA-ng: A Vegan Review of Townshend’s in Eugene 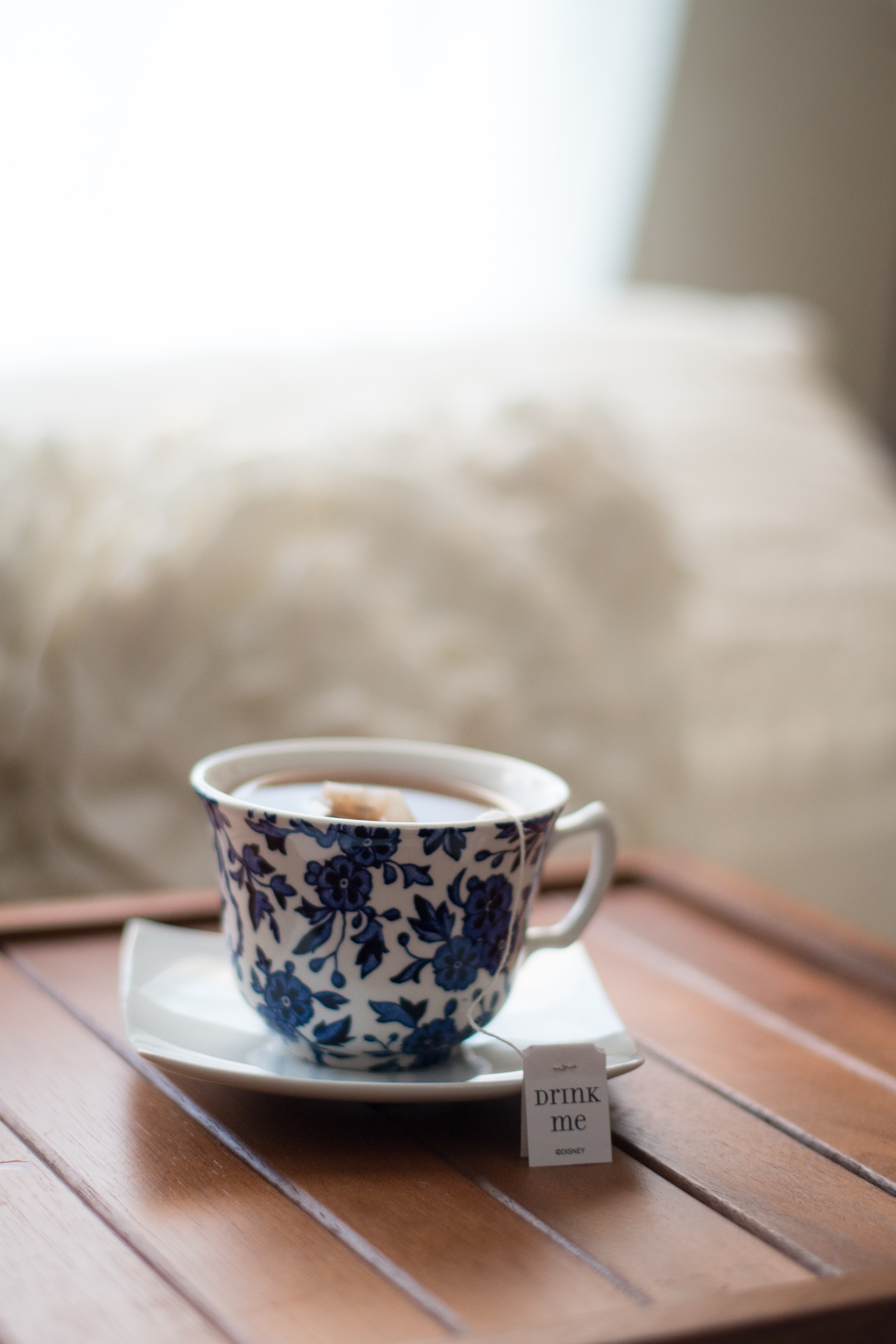 While emotional bonds to food have (thankfully) eluded me, tea has managed to worm its way well into my spirit and take up permanent residence. But it’s not some chemical craving, per se – not like how chocolate, say, can overtake some – though I guess it kinda started out that way.

I still remember my first cup, and it was far from spectacular – a dark British blend delivering caffeine and a right of passage to a tuckered foreign student who had just stepped foot in Leeds. Three sugars, please was all it took to make its way down, and soon enough, into my everyday. It took awhile longer…much longer, in fact… time enough for me to return to the States and graduate and get my first job, and several other jobs, and get married and then some… but eventually, I did give up those sugars, and later still, I finally ventured into a world ruled by more than simply English Breakfast and Earl Grey. And what a wonderful world it is.

These days, as I attempt to stave off stimulants to some degree (except, of course, when my beloved chai is involved) and enjoy the wealth of health benefits and flavor combinations that herbals bring to the mix, I realize that my body doesn’t need tea… but my soul sure pouts when there’s none to be found because like a most trusted friend, tea does an amazing job of soothing my spirit, calming my mind, celebrating the moment or sopping up tears, whatever the needs of the day (or hour) may be. So you can see why panic might start to set in when the last remaining bag is brewed. Luckily, with Townshend’s just a hop, skip and a jump away, that doesn’t happen very often.

Seriously, if you love tea and haven’t been to this place, you are missing out. Let me show you why…

First of all, there’s what I call the Great Wall of Scents providing an aroma sampling of each of the teas Townshend’s serves (which, I might add, includes a dozen varieties of chai). 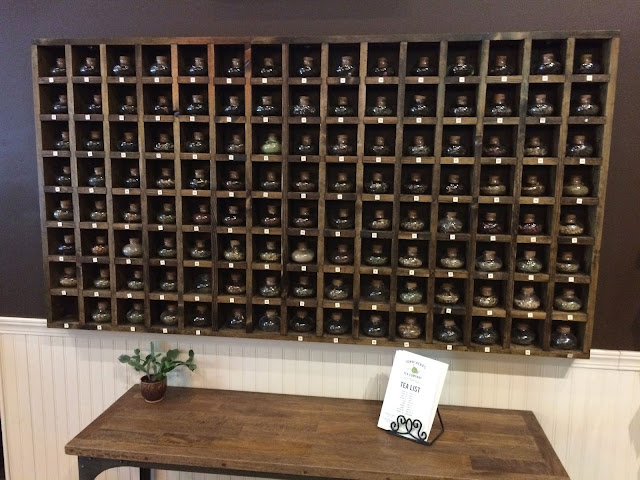 It’s brilliant, really, and has helped me become even more adventurous in my choosings. 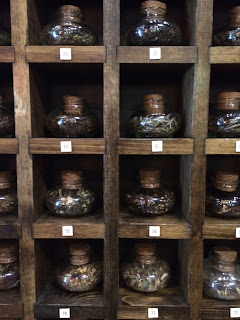 Then, as if tea isn’t comforting enough, there’s this: 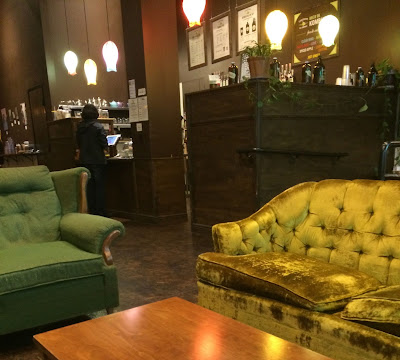 …a good share of cushiness to ease your stay. (These, of course, fill quickly, so jump to it if you see an open spot. Unless I’m there – then, you know, maybe scoot a bit so we can all get a good comfy seat.) 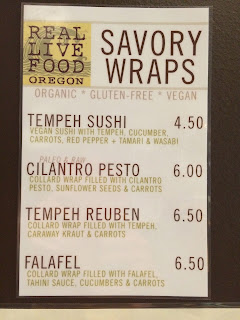 Finally, what better to fill out the experience than with vegan goodies. In addition to providing three non-dairy milk options (soy, coconut and rice) for frothy tea lattes, Townshend’s offers a selection of vegan baked goods (careful – they’re not all vegan, but those that are are nicely marked), and they recently started carrying a little vegan sushi number along with a variety of organic raw vegan wraps from Real Live Food Oregon.

They may not look like much from the picture below, but they’re really good, especially the Cilantro Pesto (the one on the right) which has a wonderfully fresh flavor and is filled with sunflower seeds and carrots. 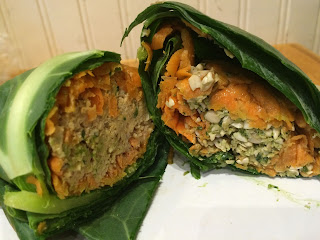 The Falafel flavor (which is on the left in this picture) truly tastes like falafel.

The Tempeh Reuben (not pictured), on the other hand, was good but didn’t answer my reuben hankering as hoped. Had it been blessed with a different name, I would have enjoyed it even more because if you know me, you know how much I love my vegan reubens. (I suggest hitting up Viva Vegetarian Grill for that.)

Also, for any of you fermented-tea lovers out there, all (yes, all!) of the Brew Dr. Kombucha flavors are available on tap.

Seriously, this place doesn’t disappoint, so if you’re in the area, and especially if you’re vegan and in the area, I highly recommend stopping by. It's located at 41 W. Broadway (between Starbucks and Broadway Metro) close to Willamette in downtown Eugene, and it's open from 9am 'til 10pm daily.

For those in Bend, Townshend’s also has a teahouse on NW Bond Street, and there a four locations in Portland now (on NE Alberta Street, SE Division Street, N. Mississippi Avenue and SE Stark Street). I haven’t been to any of these yet (and can't vouch for their food offerings), so let me know what they’re like if you go or have been.

What’s your opinion of Townshend’s? Share your thoughts in the comments below.

Click here for a list of additional vegan options in the Eugene/Springfield area.
Posted by Kim Smith at 9:16 AM